On May 5th, 2021, Duong Nhat held a groundbreaking ceremony for the project "The wastewater ...

THE WINNING PROJECTS SUMMARY IN THE FIRST QUARTER 2021

KICK OFF MEETING TO START UP THE PROJECT LOCATED IN LAE, PAPUA NEW GUINEA

Recently, the General Director of Duong Nhat company along with the Executive Board already had ...

Air blower is the popular equipment used in wastewater treatment field with function of injecting ...

With reliability and constant effort for over 15 years’ experience, Duong Nhat has successfully completed ...

Duong Nhat officially executes works of ME, Mechanics, Electricity and Operation under the package “Construction and equipment installation of the centralized wastewater treatment plant with the capacity of 6,000 CMD and the executive management house that are belonged to the Infrastructure of the centralized seafood processing zone at Loc An commune, Dat Do district”.

Continue success from many projects in seafood industry, Duong Nhat officially executes works of ME, ...

Duong Nhat is continuously trusted by Dong Hai Joint Stock Company of Ben Tre (DOHACO) and contract the service package of providing personnel for operation and equipment maintenance (O&M) for the wastewater treatment plant is signed on October 01th, 2019.

After Duong Nhat officially completed and handed over the Project Wastewater treatment plant for Giao ...

After the implementation period and passing extremely strict processes of Testing – Commissioning managed by ...

To avoid negative impacts on the environment when the wastewater treatment plant (WWTP) has problem ...

In the first 8 months of 2019, Duong Nhat has achieved these specific achievements as ...

Recently, Duong Nhat has finished and sampled for commissioning the Project “Wastewater treatment plant for ...

DUONG NHAT – ALWAYS CARRY OUT BETTER THAN COMMITMENT   In order to summarize result ...

Continuing success with over 25 projects of wastewater treatment for rubber industry which Duong Nhat ...

Continuing success from many projects of implementing Centralized Wastewater Treatment Plant for many Industrial Park ...

The long-term cooperation strategy between Heineken and Duong Nhat

After the cooperation period between Heineken and Duong Nhat throughout many domestic and international projects ...

Wastewater originated from Milk producing factories has many pollutants which are highly complex and the ...

Duong Nhat is the exclusive contractor in Viet Nam who is the general contractor of ...

Environmental protection is the first priority concern that odor pollution is a complex type of ...

On February 1st, 2019, the EPC contract of the project “Centralized wastewater treatment plant for ...

DenEast Vietnam is a newly established 100% FDI company with roots from Sweden and Ukraine. ...

The Commencement Ceremony of Turnkey project: Wastewater treatment plant of Dong Nam A Industrial Park, phase 1 in Long An province

Tata Coffee is one of the largest integrated coffee companies in the world, producing high-quality ... 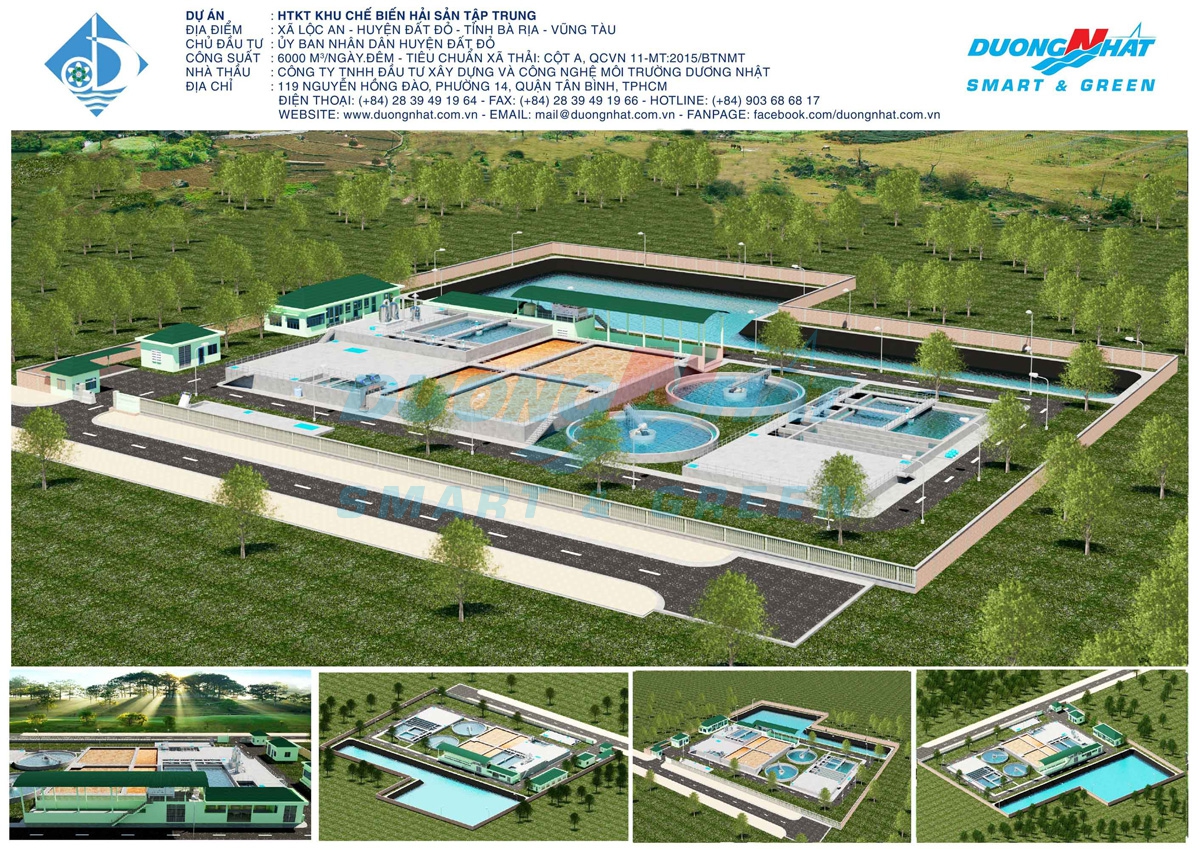 At the end of 2016, Duong Nhat sign the EPC contract for project“Design and construction ...

On December 19th, 2016, DUONG NHAT was being chosen by VIFON Joint Stock Company as ...

In August and September, 2015, by experience, prestige and quality, Duong Nhat are continuously chosen ...

Hand over of project: Domestic Wastewater treatment plant for Nestle Tri An

On June 15th 2015, DUONG NHAT has been successful in expansion of the rubber wastewater ...

Commencement ceremony of project: Renovating and upgrading WWTP from Column B up to Column A of Cam My Rubber processing Factory, capacity 800 m3/day

On March, DUONG NHAT held the commencement ceremony of projec: “Renovating and upgrading WWTP of ...

Following up after successfull implementation the supply water treatment for Phuoc Dong Industrial Park, on ...

(Duong Nhat) DUONG NHAT ended a year 2014 with many important and significant accomplishments. One ...

(Duong Nhat) On 21st Feb, 2014, the commencement ceremony was held with the participation of ...

Handing over and inauguration ceremony the Cholimex wastewater treatment station